The K-12 Institute on Teaching Difficult Subjects will bring together twenty elementary, middle and high school teachers from Central Ohio for a year-long exploration of multidisciplinary approaches to understanding and teaching a difficult subject in America’s past and present.

'Difficult subjects' are those that center on the experiences of historically-marginalized groups in America — experiences that have had a profound effect on the lives of marginalized people, not only over the course of individual lifetimes but across multiple generations. These experiences have also significantly shaped the contours and trajectory of American society as a whole. To teach the American experience accurately and effectively, difficult subjects have to be unpacked and explored. For its inaugural year, the institute will focus on American slavery.

The institute has chosen to explore slavery during its inaugural year because slavery is foundational to America. From the colonial era through the Civil War, slavery was the pivot around which America turned. It drove American economic growth and territorial expansion and profoundly influenced American culture and  society.

The importance of teaching American slavery in 2022

The importance of teaching American slavery accurately and effectively has taken on added urgency in recent days. In the wake of the murders of George Floyd and Breonna Taylor by police in Minneapolis and Louisville, and following the nation-wide protests demanding that their killers be brought to justice, students need to understand the deep roots of racism and the enduring legacy of slavery in order to make sense of the times in which we live. As teachers, we are dutybound to help students comprehend difficult subjects. This institute aims to provide you with the tools to do just that.

Content workshops are the heart of the institute. These will be led by scholars from Ohio State’s College of Arts and Sciences who have an expertise in history, literature, art, music and performance. Recognizing the value of practice, the institute will also bring in teaching experts to share pedagogical techniques, as well as multicultural curriculum developers to provide instruction on complementing and supplementing State of Ohio standards pertaining to difficult subjects.

What will participants get out of this experience?

The aim of the institute is threefold:

Teaching difficult subjects accurately and effectively is extremely hard. The material tends to be challenging intellectually and emotionally for all who engage it. Teaching remotely only compounds associated challenges. Understanding this, the institute draws heavily on culturally-responsive teaching methodologies that can be applied to teaching difficult subjects in person and remotely, synchronously and asynchronously. And rather than approach difficult subjects from the top down, the institute approaches these topics from the bottom-up and the inside-out, spotlighting the experiences and perspectives of historically-marginalized and maligned groups.

Since American history through the Civil War is taught as a single, year-long course of study in eighth-grade classrooms in Ohio, and in order to help teachers make immediate use of knowledge gained through their participation in the institute — this year’s exploration of American slavery has been designed to line up with the State of Ohio’s recommended course of study for eight-grade social studies.

The institute will also work intentionally to foster community among the teacher participants. The goal is to enhance the learning experience of the teacher participants by cultivating group centered relationships over the course of the year through multiple meetings, starting with online webinars; continuing with an experiential-learning field trip to the National Underground Railroad and Freedom Center in Cincinnati, Ohio; and culminating with a 3-day, on-campus, curriculum development workshop. 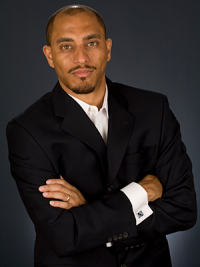 From 2010 to 2014, he served as the lead historian and primary scriptwriter for the $27 million renovation of the National Civil Rights Museum at the Lorraine Hotel in Memphis, Tennessee. In this capacity, he helped generate and implement design concepts and write the text for all exhibit areas.

Jeffries work on the NCRM renovation project deepened his commitment to public history, leading him to promote the understanding and appreciation of African American history and culture in new and exciting ways in order to reach as wide an audience as possible. Building on his work with the museum, he has conducted teacher development workshops across the country. To reach an even wider audience of teachers, he edited Understanding and Teaching the Civil Rights Movement, a collection of original essays on civil rights history and pedagogy written by nearly two-dozen civil rights scholars and master teachers. In addition, he has worked closely with the Southern Poverty Law Center’s Teaching Tolerance division to produce a major national report entitled Teaching Hard History: American Slavery. He also hosts the companion podcast of the same name.

To reach the broader public, Jeffries has lectured extensively on the Black experience at a wide range of colleges and universities, has made scores of media appearances locally and nationally and has served as a featured historian on the Emmy nominated, four-hour documentary Black America Since MLK: And Still I Rise.