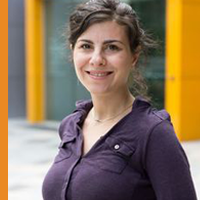 In this podcast, Ohio State PhD Candidate Nikki Freeman interviews Daniella Doron about her forthcoming book, Young Border Crossers: Jewish Youth during the Ages of Migration, which examines the experiences of child refugees as they escaped the Holocaust, crossed the Atlantic and learned to navigate the dynamic challenges of fostercare and begninning a new life. Further, Daniella details what made her interested in this topic, some fascinating archival finds and how her work challenges the current historiography about the youth who survived the Holocaust.

"I think there are several ways that writing about child migration during the Nazi years can intervene in Holocaust historiography. For one… there has been a robust literature on the experience of children during the Nazi years, but there's been less literature on the experience of child refugees. And, the work that has existed largely… focuses on the Kinder Transport. So one of the interventions is to look beyond the European continent. I also think that focusing on child refugees sheds light on how the experience of being a refugee, of being a migrant, is very much shaped by age." —Daniella Doron 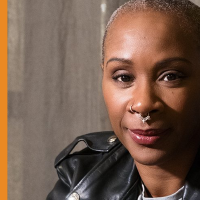 In this podcast, Ryan Skinner (Associate Professor, Music and African American and African Studies) speaks with prominent Black British and Afro-Swedish artist, activist and culture broker, Josette Bushell-Mingo. Born in Britain, with roots in the Caribbean, Bushell-Mingo currently lives and works in Sweden. In England, Bushell-Mingo has had a storied career, working with groups like The Royal Shakespeare Company, the Royal National Theatre and the Manchester Royal Exchange. In 2000, she performed the role of Rafiki in the Lion King, for which she received a Laurence Olivier Award for Best Actress in a musical. In 2007, she was named Officer of the Order of the British Empire for services rendered to the arts. In Sweden, Bushell-Mingo is one of most sought-out public figures in the contemporary art world, on and off stage. In this conversation, Skinner and Bushell-Mingo discuss the many roles she plays as an artist and advocate in Sweden today; from the staging of Loraine Hansberry’s A Raisin in the Sun with a majority Afro-Swedish cast, to her acclaimed solo stage production, Nina: A Story About Me and Nina Simone; and from the founding of the National Black Theatre of Sweden, to Bushell-Mingo’s new position as Head of Acting at the Stockholm University of the Arts.

“I use Nina Simone as a Northern Star, as a GPS to guide me through situations that I feel unable to deal with as an artist. It's deeply personal because, for the first time, I accepted and now live with my rage, which is different than being angry. Not getting milk in my coffee makes me angry. But rage is something else. It's not something I can turn off.” —Josette Bushell-Mingo 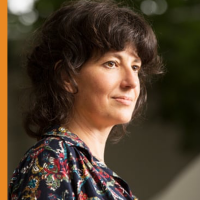 In this podcast, Ohio State Department of History Professor Theodora Dragostinova and PhD student Chris Kinley speak to Kapka Kassabova, an award-winning poet, essayist and writer, about her most recent book, Border: A Journey to the Edge of Europe. Kassabova visited Ohio State in October 2019, speaking to students and faculty about her experiences traveling the border and capturing its spirit in her writing.

Reflecting on Europe “from the edge,” Kassabova captures the profound meaning of the border: “The center cannot hold, the center is cracking up, and so the periphery in a way becomes ever more relevant because the periphery is also the forefront. The periphery bears the brunt of the center's decisions, often carelessly taken decisions. And if you spend enough time on the periphery, you realize it's a center in itself. So it kind of turns that mainstream narrative, that official narrative of what's important and unimportant, what’s central, what's marginal, on its head. I prefer the periphery. The periphery doesn't lie." 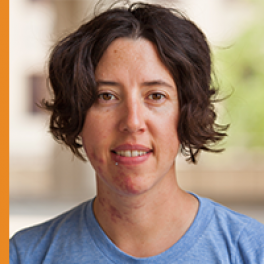 A Conversation with Karma Chávez | Date

In this episode, hosts Pritha Prasad (PhD student in English) and Jennifer Suchland (SEELC and WGSS) speak with University of Texas-Austin Professor, Karma Chávez.  Chávez is author of Queer Migration Politics (University of Illinois Press, 2013), winner of the  Book of the Year by the LGBTQ Communication Studies Division of the National Communication Association. Chávez is co-editor of Text + Field (Penn State Press, 2016) as well as co-editor of Standing in the Intersection (SUNY Press, 2012). 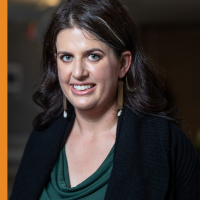 Becca Heller — co-founder and executive director of the International Refugee Assistance Project — provides the keynote address for Moving Subjects Week at The Ohio State University. This week-long series of events was hosted by the Migration, Mobility and Immobility Project, a part of the Global Arts + Humanities Discovery Theme.

In this address, Heller discusses her personal experiences and the work IRAP has done to explain how and why refugees and migrants seek safety in third countries, what processes and legal norms are available to them and how perceptions of “crisis” are being politicized to keep people out. Engaging the dominant narratives about who refugees are, this talk provides a vision for how to confront rising xenophobia around the world by providing pathways to safety for vulnerable people.

Josette Bushell-Mingo: The Revolution Will Be Staged | October 29, 2019

This essay, written by Associate Professor Ryan Thomas Skinner (School of Music and the Department of African American and African Studies) is about Josette Bushell-Mingo,who performed at Ohio State in October for Moving Subjects Week. The text is excerpted from Skinner's manuscript, Yellow, Blue, and Black: Social History and Public Culture in Afro-Sweden. 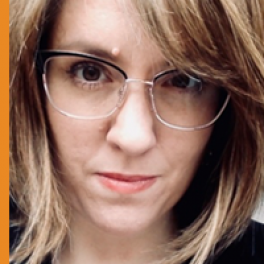 Why Cross-Disciplinary Research Matters: An Interview with Christa Teston | October 29, 2019

Christa Teston is an associate professor in The Ohio State University Department of English where she is also the director of the Business and Technical Writing Program. Teston studies how humans navigate uncertainty in technoscientific, biomedical and media-rich domains. Specifically, she researches the evidential backstage, or all the work that goes on behind the scenes when experts attempt to corral chaos. Her first book — Bodies in Flux: Scientific Methods for Negotiating Medical Uncertainty — critiques the fetishization of certainty and advocates for an ethic of care that honors human fragility and bodily flux.