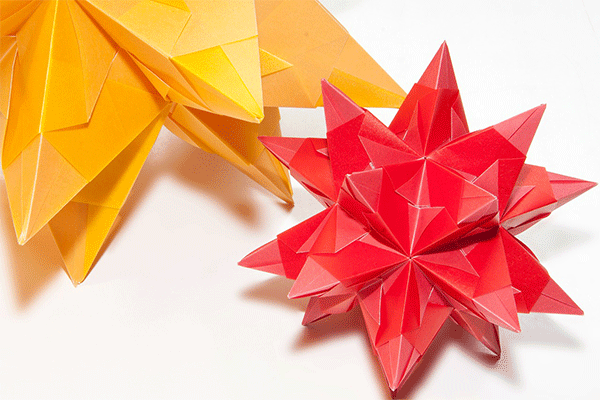 The Global Arts + Humanities Graduate Team Fellowships are financial awards made on the basis of academic merit through a division-wide competition. These fellowships are given to recognize the cross-disciplinary aspirations and accomplishments of graduate students in the division of arts and humanities. The fellowship competition is open to students whose projects engage cross-disciplinary critical and/or creative practices as well as students who seek to foster the development of participatory networks with local Columbus communities. Fellows may be at any phase of their dissertation research or terminal degree project.

The Global Arts + Humanities Discovery Theme is pleased to announce the nine recipients of the 2019-2020 Graduate Team Fellowship competition (with project descriptions in the recipients own words):

My thesis project, which will be exhibited at Urban Arts Space in February 2020, will entangle science fact with science fiction to address issues related to global climate change by using black walnuts as a symbol for how we as a society envision our future environment. Health, alchemy, parenthood, science, future – seemingly disparate subjects encompassing elements of daily life, on personal and societal levels are combined in an art installation and performance. My work amplifies this synthetic quality through large-scale installation that invites viewer interaction, play and imagination. As a durational performer within the installation, I will undergo a series of domestic tasks that expand the traditional notions of family to the non-human, such as sewing, cooking, cleaning, caring, tending and simply breathing.

This project explores the intersection of cinema and the Anthropocene through the lens of their mythologies, or origin stories. Both cinema and the Anthropocene have somewhat muddled origins, both with an “official” narrative and alternative speculations; the camera obscura, a predecessor to cinema, has multiple proposed dates of origin — from the Paleolithic to the early Modern periods. The Anthropocene too has been much debated, with an official Golden Spike from geologists set at roughly 1950 AD to coincide with nuclear detonations, while scholars argue for much earlier dates — the Industrial Revolution, the Age of Conquest and the Agricultural Revolution are only three examples. Though set at drastically different stakes, for both cinema and the Anthropocene these narratives are key to establishing who claims the credit, or the culpability. Most crucially however, I explore the affective relationship between audience and art; visual theorist Nicholas Mirzoeff links the imperial project to its aesthetic component, the high art of the industrial age, which lead to an anesthetic quality; perception of the Anthropocene’s inherent ugliness is in fact dulled, in favor of an appreciation of “beauty.” If art can anesthetize the viewer, surely it should be able to do the reverse by offering a counter-visuality to the official narratives of industry.

My dissertation project documents and investigates Latinx music-making and identity in the Appalachian region, seeking to make sense of artistic processes of exchange, hybridity and belonging. Specifically, my work interrogates Latinx migration narratives, syncretisms and musical and cultural mobilities in “Mexilachian” music throughout Appalachia and South-Central Mexico. This dissertation is the first book-length project to investigate the music of Latinxs in Appalachia. My work demonstrates how Latinx-Appalachian music reveals new perspectives of immigration in spaces where Latinxs are not part of the dominant cultural narrative. I consider how performance groups such as the Lua Project pursue agendas of social activism and engage Latinx immigrant communities in Central Appalachia. Through observations about music, I develop an artistic lens through which to understand the tumultuous socio-political climate that informs the Latinx experience in the United States.”

Ehsan Estiri (PhD’20), Department of Near Eastern Languages and Cultures

Iranian immigrants have been the subject of stigmatization, suspicion and discrimination in American political and media discourses since their first wave of migration to the United States in the late 1970s. My dissertation investigates the ways in which the largest Iranian immigrant community in the world living in Los Angeles counters these discourses and claims spaces within the American public. Based on ethnographic data from my fieldwork, I argue that the community achieves this by holding a wide range of public events, ranging from Islamic processions to Iranian New Year celebrations, in a manner that challenges American perceptions of Muslims and Iranians and legitimizes the community’s presence in the U.S., reducing its spatial and social isolation. I study these public events through an interdisciplinary lens that connects theories and methods from cultural anthropology, folkloristics, event studies, migration studies, media studies and ethnographic filmmaking.

With this fellowship, I propose to work with students, faculty and staff to develop a future vision of sustainability at Ohio State. Using collaborative, design-led research methods, I would like to build upon successful programs, like the campus-wide recycling and Zero Waste initiatives, to create a blueprint for a scale circular economy at the university. The CE is a model for responsible economic activity that balances the goals of business with the needs of society and the environment. CE philosophies reject the concepts of disposability and obsolescence found in the current “linear” economy in favor of durability and reuse. This shift in priorities separates economic activity from natural resource extraction which greatly reduces greenhouse gas emissions, consumer waste and pollution. I believe there is an incredible opportunity to conduct design-led CE research at Ohio State, and through this project, I will strive to further the Global Arts + Humanities Discovery Theme’s mission of improving livability and mitigating the effects of climate change in our community.

I intend to design and provide a weekly drumming class with movement that can be open to anyone with any level of PD as well as their caregivers in a nonmedical setting. Redirecting the research focus to the lived experiences of people with PD and their families and caretakers through the DDR program will provide a novel perspective of the value of music for the well-being of this population. The partnership between patient and caregiver can sometimes endure strains. Through the relaxed and adaptive music activities afforded by DDR, I hope to reduce those strains and strengthen the bond between the patients and caregivers.

Project Title: “The Blood, the Earth and the Water: The Tragic Mulatta in History and Performance”

This project explores how contemporary mixed-race Americans both embody and resist the national history that envelops us. According to a 2016 National Survey of Student Engagement, mixed-race students often feel pressure and alienation when asked to identify as one race. Despite the complex intersections of ethnicity represented by mixed-race people, there are very few campus resources dedicated to serving this growing population. Developing pedagogical implementations of my research is critical to my praxes. Therefore, this project will generate teachable resources and narratives of multiracial identity, as well as a play that privileges an underrepresented experience.

My dissertation project analyzes the use of audience participation in performance works that reexamine what it means to be a community and imagine new ways of being together during these politically-divisive times. In the contemporary social and legislative climate of exclusionary politics, this dissertation contributes to ongoing theorizations about artistic practices that create spaces of political resistance through theatrical rehearsals of democracy. I examine the processes and procedures, which I call ‘repertories of engagement,’ that go into nurturing experiences of encounter in contemporary performance. Doing so, I offer a model to interrogate both the political and aesthetic dimensions of performative structures that invite audiences into the artwork.