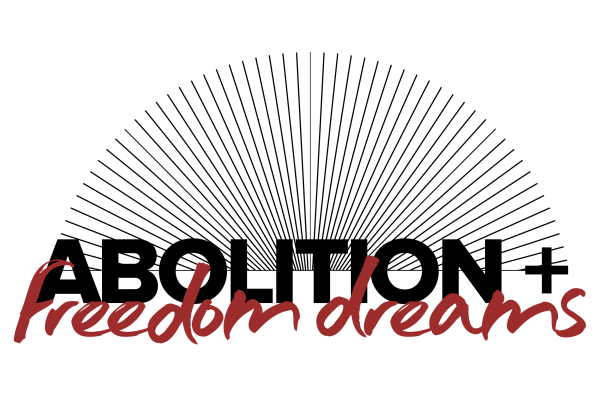 After a year-long process of collecting faculty and staff ideas, members of the Global Arts + Humanities leadership team and Advisory Committee have identified the 2023-24 Society of Fellows annual theme: Abolition and Freedom Dreams.

About Abolition and Freedom Dreams

“Without new visions, we don’t know what to build, only what to knock down. We not only end up confused, rudderless, and cynical, but we forget that making a revolution is not a series of clever maneuvers and tactics but a process that can and must transform us.”

The Society of Fellows’ 2023-24 theme, Abolition and Freedom Dreams, focuses on past and present struggles to eradicate oppressive systems and envision more life-affirming and equitable futures. This theme turns to “abolition” and “freedom” as expansive concepts and practices — as social imaginaries, as modes of political thought, as collective moments of engagement and social movements.

The Society of Fellows welcomes proposals for research and creative projects that focus on the transformative role of arts and humanities in imagining alternatives to oppressive systems that criminalize, displace, dehumanize, exploit and incarcerate certain peoples and populations and not others. While rooted in the movement to abolish slavery and more recently to abolish prisons, Abolition and Freedom Dreams is not limited to projects that focus on formal criminal justice institutions. Also welcome are projects that explore the impact of carceral geographies (plantations, reservations, ghettos, detention centers, Indian boarding schools, psychiatric asylums, prisons, militarized public schools, checkpoints, borders and walls) and the regulation of bodies, citizenship, identities and communities based on gender, race, ethnicity, caste, nation, sexuality, age and ability.

The Society of Fellows will foreground abolition as both a site of radical imagination and liberation and as a site of social anxiety, public backlash and appropriation. Thus, the Society of Fellows also welcomes proposals that expose appropriations of abolitionist tropes and insurgent histories that impinge upon — rather than advance — democratic processes, transformative healing and justice, infrastructures of care and community. We are also interested in projects that consider whether abolition as a concept and practice is sufficient to transform oppression into freedom.