How the Scars of Medical Apartheid Perpetuate Environmental Racism 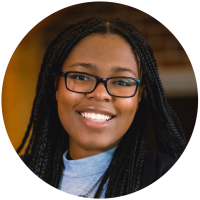 About the Author
TABITHA WILLIS (she/her)

Tabitha Renee Willis is an undergraduate fellow in the Global Arts and Humanities' 2021-22 Society of Fellows cohort. She is a fourth year student studying medical anthropology and biology. Willis has been serving diverse and underserved communities as co-director of The Office of Student Life’s Pay it Forward Cohort and has research interest in the intersection of environmental racism, evolutionary genetics and anthropology. Post graduation, Willis will continue to pursue her research interests at Northwestern medicine.

Harriet A. Washington’s 2007 release, Medical Apartheid: The Dark History of Medical Experimentation on Black Americans from Colonial Times to the Present, was a ground-breaking stepping stone in history as it was the first extensive collection of the exploitation and experimentation of African Americans, from slavery to present day. Willis' project seeks to further explore how medical apartheid has shaped African American communities today and contributed to the environmental racism we see in Black communities throughout the United States.

When people think of environmental racism or justice, they usually only think of climate change affecting minorities and low income communities disproportionately. However, environmental racism encompasses many different topics impacting marginalized communities including policy, housing, community planning, systematic structures, educational accessibility, transportation, access to green space and the list goes on. It is the design that keeps communities from being able to live healthy lives purely based on where they live and who they are. Through accumulation of over a hundred surveys and ten interviews, I looked at various communities to pinpoint their thoughts on the impact that environmental racism has had on their lives and connect the ramifications of the United States' exploitation of African Americans to the environmental racism seen now in predominantly black communities.

Environmental racism falls under a systematic form of racism that can cause various health issues in communities of color due to compounding stressors of pollutants, inaccessibility, and harmful practices and policy to communities of color. The African American community has a history of exploitation and experimentation, chronicled in works such as the 2007 release Medical Apartheid. This research sought to draw connections between this history and the state of disproportionate health outcomes, pollutant exposure and overall environmental differences that has bread mistrust in many predominately Black communities between government and residents.

10 African American residents consisting of five from the Chicagoland area and five from Columbus local communities were interviewed. In addition, over 100 surveys were collected to further gauge understanding of the history of predominantly Black communities people belong to and how history has shaped how their communities exist today.

The majority of people interviewed and surveyed were aware of the exploitative history of African American communities but did not fully grasp the true realities and generational impacts as outlined in Medical Apartheid, such as the racist history of Margaret Sanger’s work, mutilation of Black women in reproductive history research and how "red lining" perpetuated segregation, among other key societal historical facts that have shaped the world today.

Those surveyed and interviewed identified environmental racism structures in their communities — from lack of access to local nearby grocery stores to poor access to public transportation. In addition, there was an overlap between those who cited lack of access to basic necessities and documentation of hazardous plants and polluters stationed in residential areas. It is obvious that a lack of proper education has led to an erasure of the history of the true nature of exploitation in the Black community, and I suggest further research and education on the ideas of environmental justice, and history of African American history to find ways to alleviate the inordinate stressors placed on Black communities.